The Dark and Light theatre (DLT) was founded by Jamaican-born actor Frank Cousins in 1969. DLT was based at Longfield Hall until early 1975 and was the UK’s first Arts Council funded black-led theatre company in the UK.

Born in in Jamaica in 1940 Frank moved to the UK and graduated from the Guildhall School of Music and Drama London in the mid-1960s, winning the prestigious Acting Prize. Frank gained some stage, TV and radio roles but soon realized that there were minimal work opportunities for black artists in the UK. He felt the justification for the lack of opportunities made by casting directors, agents etc were always the same:

“not enough parts written for non-white actors; the script does not call for a Black character, you are not “black” enough, you don’t sound Caribbean and finally you simply don’t have enough experience.” 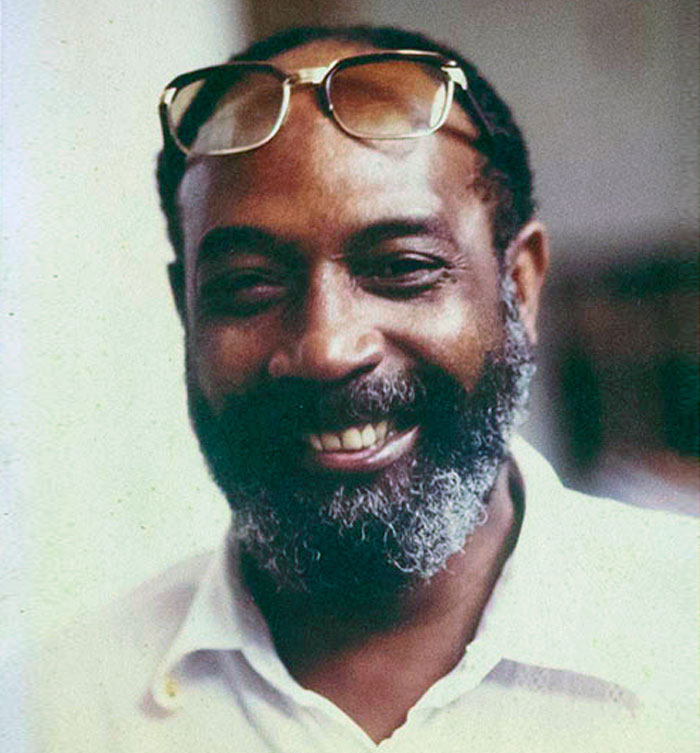 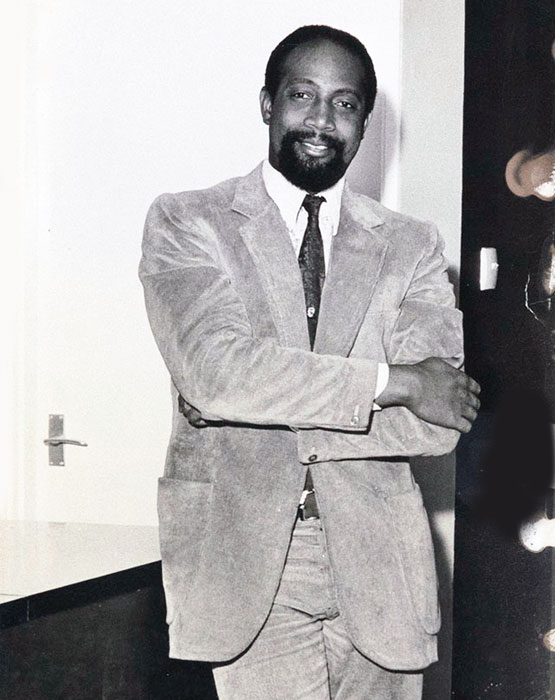 During the 1960s Frank attended various gatherings and public meetings focusing on race discrimination. At one of these meetings he met Canon Harvey Hinds who spoke on the subject of unemployment. The shortage of roles for non-white actors was raised in discussion. At the end of the meeting Canon Hinds suggested Frank should set up his own company.

“The only clear ideas I had were that we needed work, we needed the type of roles that were meaningful, not the usual stereotypes which only served to show us in a very poor light, and most of all we needed a base of operations. A base where we could mount our own productions, rehearse our work, set up workshops, training etc.”

Canon Hinds was instrumental in introducing Frank to various influential people, including the mayors of a handful of London boroughs. Frank was shown a number of venues in Lambeth. Only one seemed possible – Longfield Hall. Whilst researching venues Frank was also in discussion with the Arts Council regarding a possible grant to help with venue costs.

During this time Frank obtained a bursary to study for a post graduate qualification in Arts Administration at the Polytechnic of Central London. The course included placements at Greenwich Theatre and with George Baker’s touring company “Candida Players” 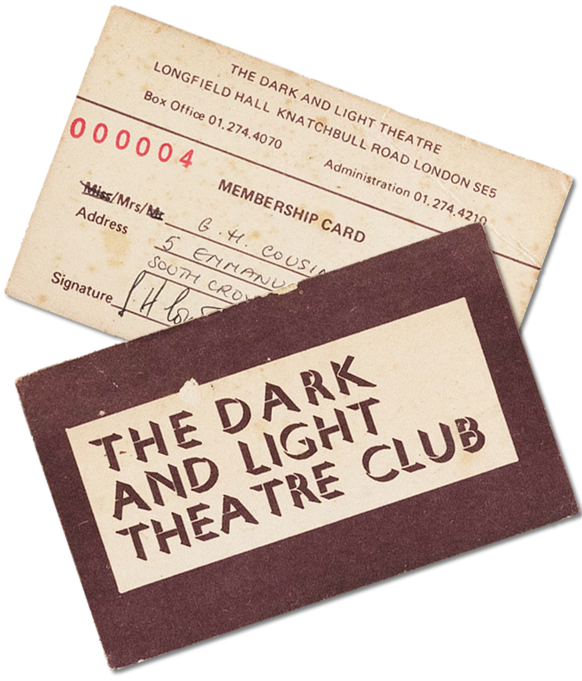 A company is formed

By the summer of 1969 DLT had a board of directors in place and had become a registered company with charitable status. Lambeth Council offered the group Longfield Hall for a peppercorn rent and covered the cost of rates, power and heating.

“The aim of the Company is to promote understanding between people of different races through the media of the performing arts. By examining the nature of prejudice it is hoped to identify its sources and thereby decrease its manifestations”.

The Arts Council agreed to fund DLT but wanted them to pioneer an entirely new theatre touring circuit, visiting towns and cities in the UK with high proportions of BAME residents and creating demand for productions. They required a touring season of 3 plays over a 6-month period, and a maximum of 2 weeks performance run at Longfield Hall before touring. Frank remembers this being a “very tall order indeed”.

“Once actually out on tour with a production each play toured for 3 weeks, performing mostly one night stands with a maximum of 2 performances in any one area…..Our local sponsors, apart from the Community Relations Commission, were usually Local Education Authorities and University theatres in areas ranging from Scotland through the entire UK including Wales”. 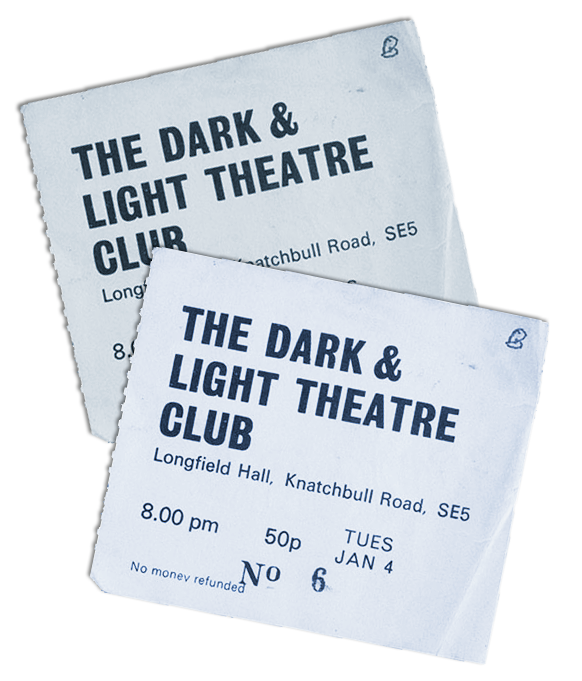 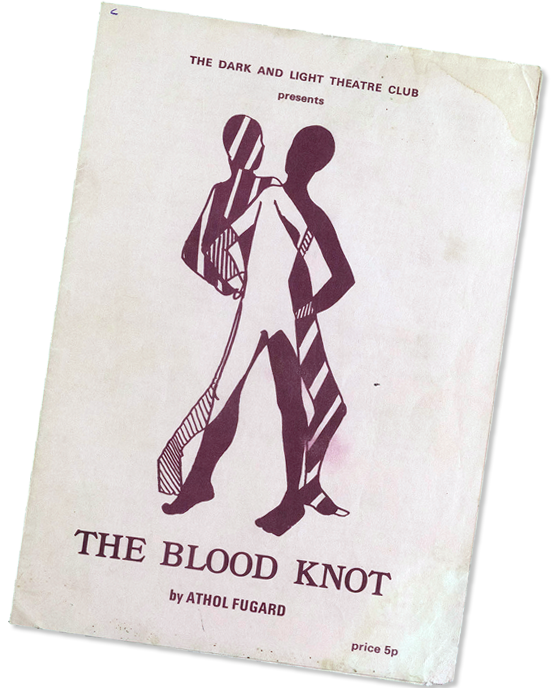 By 1971 DLT finally had their first touring productions outlined, budgeted and accepted by the Arts Council.

“Our opening date was set, our bookings finalized and the touring venues booked. Our first production, a two hander, opened in Lambeth at Longfield Hall – Blood Knot by South African playwright Athol Fugard”.

Alongside the touring productions DLT also ran a Saturday youth theatre group and voluntary organization “Friends of Dark and Light Theatre” who helped with front of house and refreshments.

The amount of work required to prepare for the tours “seemed endless” as the group had to find new venues, ensure they met the technical requirements necessary for productions and even assist with the publicity and ticket sales.

“The support from overstretched local bodies was incredible and kept us going on, even to things like approaching a local Army unit to set up a generator for a community hall to supply sufficient power for stage lighting!”

At times it was a challenge for DLT to attract new black audiences to touring productions.

“We found that black audiences were sometimes sensitive over productions that were seen to deal overtly with their problems…..The plays that met the greatest success were those depicting Afro Caribbean culture, the comedy of life, or of work in our own communities and how it affected us”.

In the beginning the venue, Longfield Hall, was also a problem with audiences finding it hard to locate and often arriving late after having got lost in the locality.

However, they definitely managed to attract first-time theatregoers. In an interview in the magazine Blackstage: An oral history of Black British theatre, Frank recalled a performance of The Trials of Brother Jero at the West Indian Centre in Cromwell Road.

I was playing Brother Jero and Amadu Maddy was playing my disciple. He wanted to beat his wife. And he keep asking permission to go and beat his wife. Funnily enough this woman got up out of the audience with her umbrella and started beating at Amadu Maddy. ‘So you want to beat your wife?’ [she said.] ‘I will show you who will beat you’. And she took the umbrella and started whipping him. It was so funny. I said, ‘This is just a play’. She said, “Oh. him not going to beat her?’ ‘No, him not going to beat her for real’. So anyhow, we got her back to her seat, and she sat down. It was in uproar. At least there’s someone there who had never been to a theatre before. Her reaction, I’ll remember it for a very long time. But the outcome of this is that the local community started getting interested in producing their own plays.” 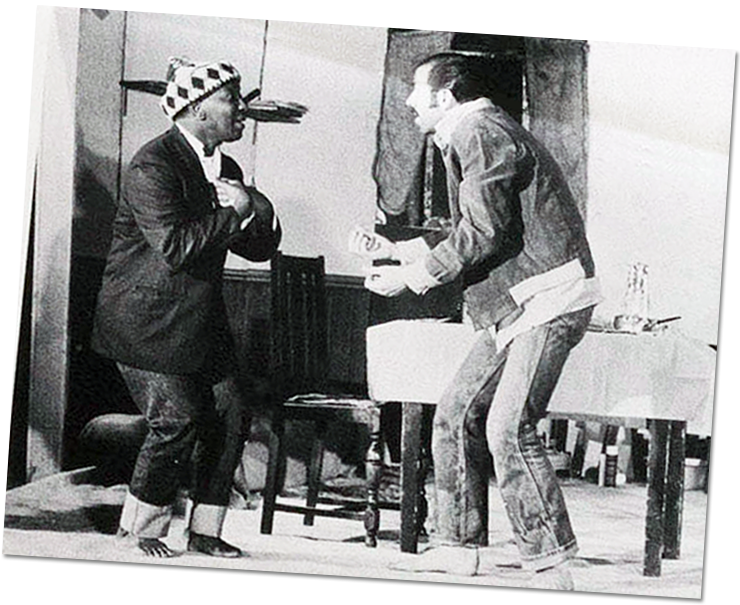 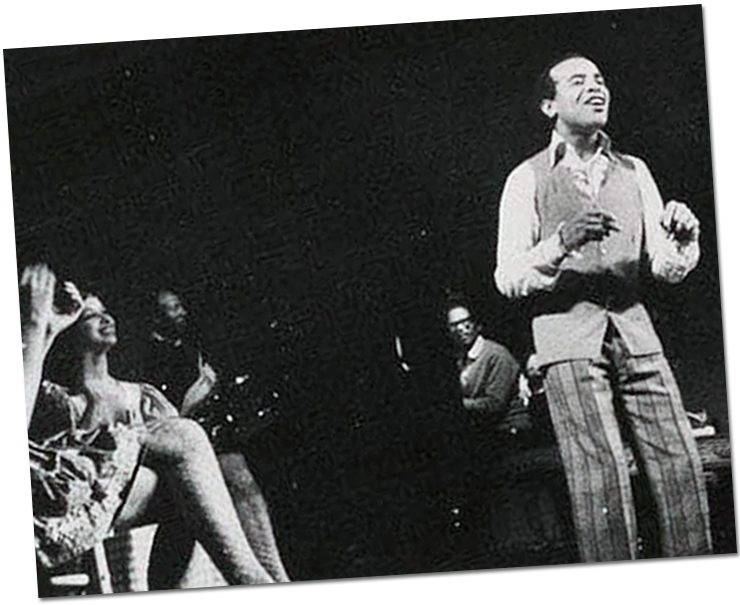 also produced and performed the UK’s first Jamaican-style pantomime. Their first production, Anansi and Brer Englishman opened in 1972 and was revived in 1973. It was written by Manly Young and directed by Yvonne Brewster (who went on to found the Talawa Theatre Company). The annual pantomimes were extremely popular with local audiences who remember queuing around the block to see them. These productions weren’t grant funded and had to self-finance. The last of the pantomimes, Anansi and the Strawberry Queen went well over budget. At the same time, after a period of illness, Frank was asked to step down as Artistic Director. Frank was told by funders that a change was needed and that the name Dark and Light wasn’t sufficiently meaningful.

Black Theatre of Brixton took over in 1975 with Norman Beaton, Rufus Collins and Jamal Ali at the helm. This change reflected a shift towards a more radical stance. Their ambitious programme, which led to disagreements with the local authority came to an end in 1978 when the group could no longer afford their base at Longfield Hall. 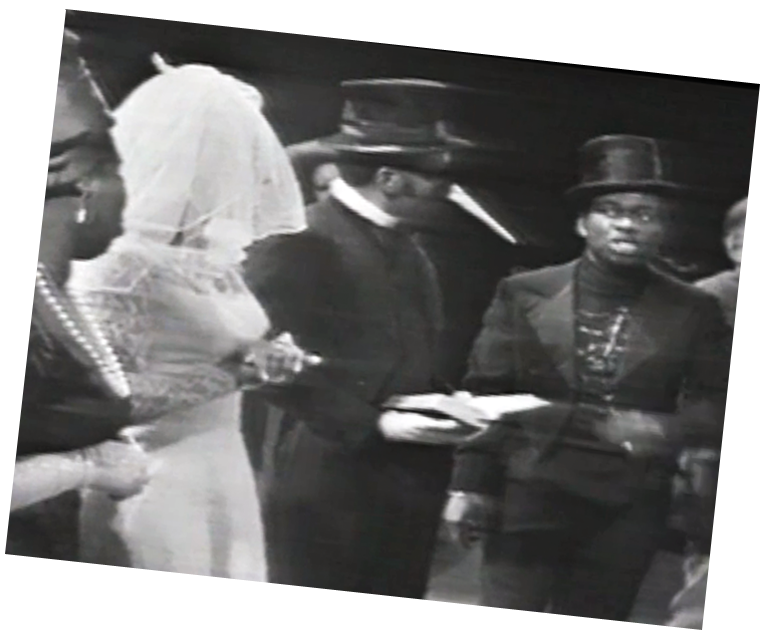 All quotations from transcription of an interview conducted by Talawa Theatre for the Blackstage project in 2002.

Colin Chambers, Black and Asian Theatre in Britain: A History