A small-cast play set in the Swartkops mudflats outside Port Elizabeth in the Eastern cape. The play shows the effect of apartheid on the community.

Boesman and Lena are two Cape Coloureds in apartheid South Africa. Their home has been bulldozed to the ground and they are homeless, wandering they come to a halt on some bleak mud flats. They’re joined by a black equally homeless person, Outa. They do not speak the same language and indeed Boesman is an abusive man who beats Lena and just wants to forget their circumstances, by drinking.

However, Lena’s character is the most moving, she still searches for some understanding of their lives and for some meaning. She tries to reach out, even if it is only to Outa who cannot understand what she is saying. It’s a tragic play and it bears witness to man’s inhumanity towards others, especially in a vicious environment like apartheid South Africa, and especially if they are viewed as lower down the food chain. 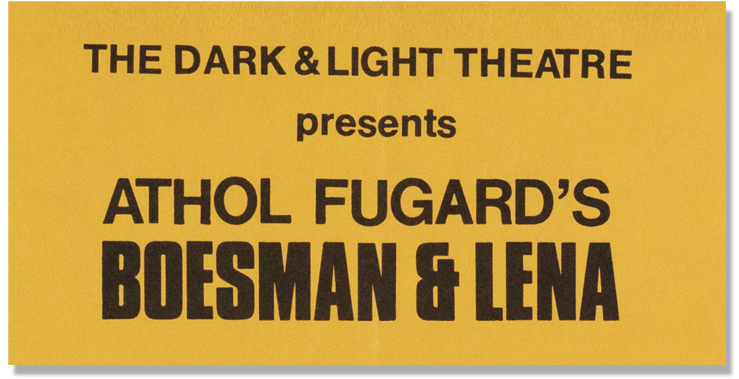 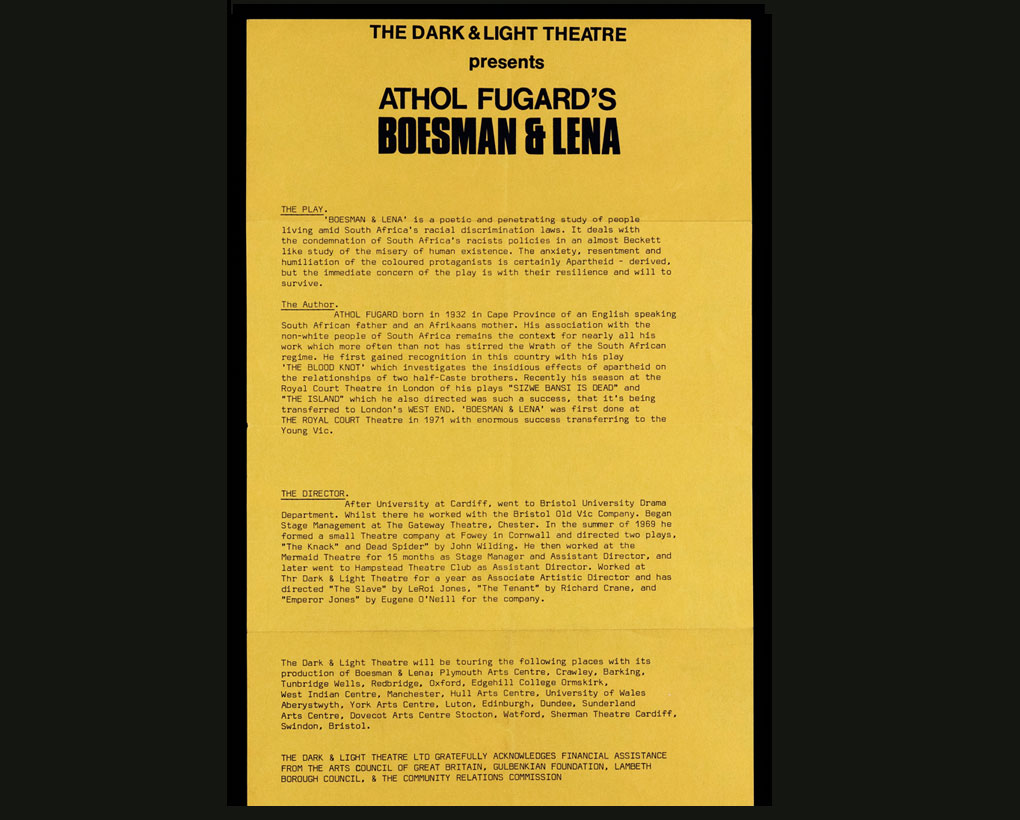 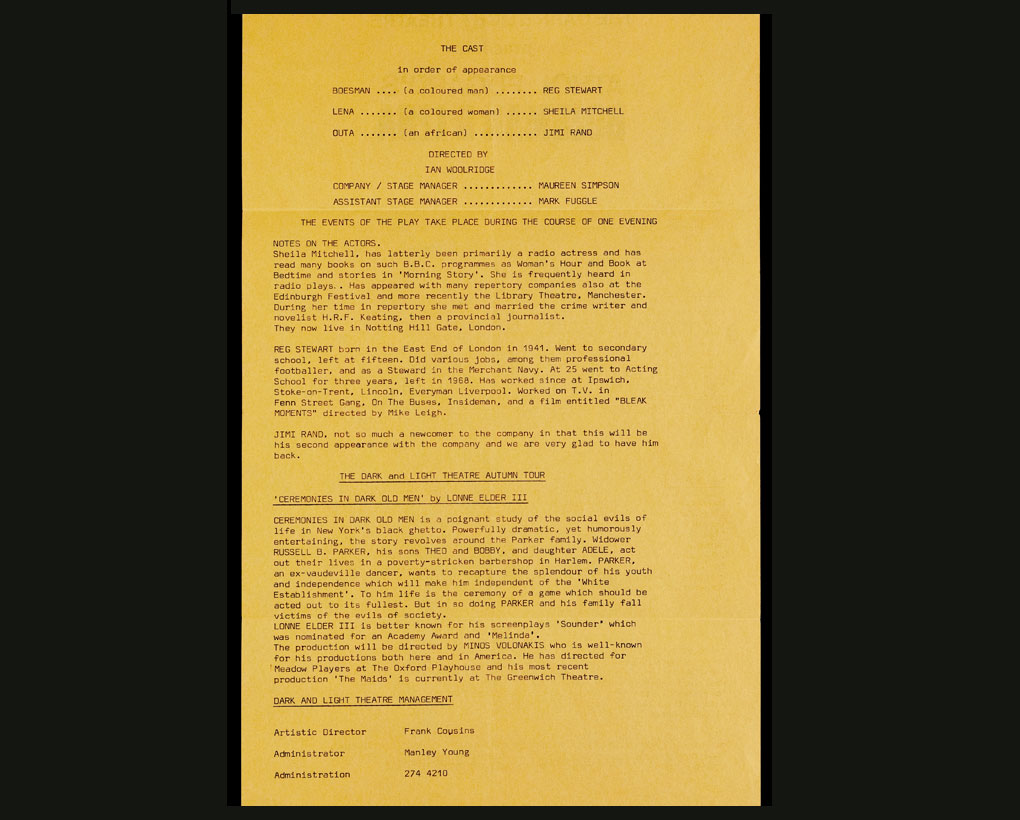 “This play…hits at a gut reaction in the audience, which tells them about human degradation, about survival, and most importantly about survival under apartheid”.
Western Mail

“In this production by the Dark and Light Theatre we not only have a play of power, but also the best acting ever seen in Plymouth. Sheila Mitchell, crying and whining, flattering and wheedling, makes Lena a wholly believable figure”.
The Guardian