The Guy in the Luggage Rack 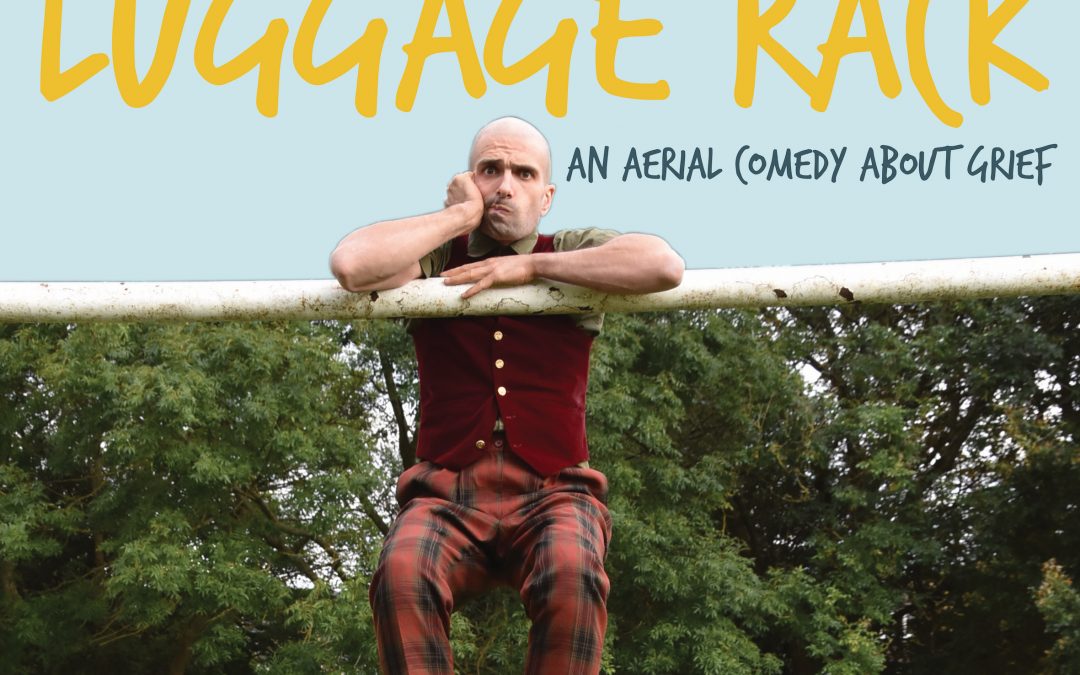 The Guy In The Luggage Rack is an aerial comedy suitable for adults and young people alike.

The show combines physical comedy with striking aerial acrobatics and an original, constantly moving aerial set, and is the debut live show from She Said Jump.

Drawing on theatre clown, circus and puppetry, this accessible show tackles the themes of grief and bereavement with a light and playful touch.

Bring a picnic to the park, and a bottle and enjoy this striking piece of original aerial circus theatre!

For audiences who enjoy Ockhamʼs Razor, Upswing, Hikapee (Look Up), Kneehigh and The Dot Collective (Alice’s Adventures in Aerialand)

The story…Daisy is doing her best to keep her chin up and her head down – but as the 1st anniversary of her mumʼs death approaches she begins to realise grief isnʼt something she can put aside indefinitely, and whether sheʼs willing to admit it or not, things arenʼt fine. From the silly to the sublime to the scary to the ridiculous, Daisy wrestles (sometimes literally) with her grief – Ian, a 6 foot invisible bald guy with a lot of luggage – eventually discovering that by letting him into her world she is able to reconnect with the memory of her mother.

“I found She Said Jumpʼs integration of inventive aerial, clowning and storytelling alongside such a powerful and funny exploration of grief profoundly moving. I think they are creating unique and original circus work.” Charlotte Mooney, Co-Artistic Director, Ockhamʼs Razor